Remembering D-Day and my friend Paul 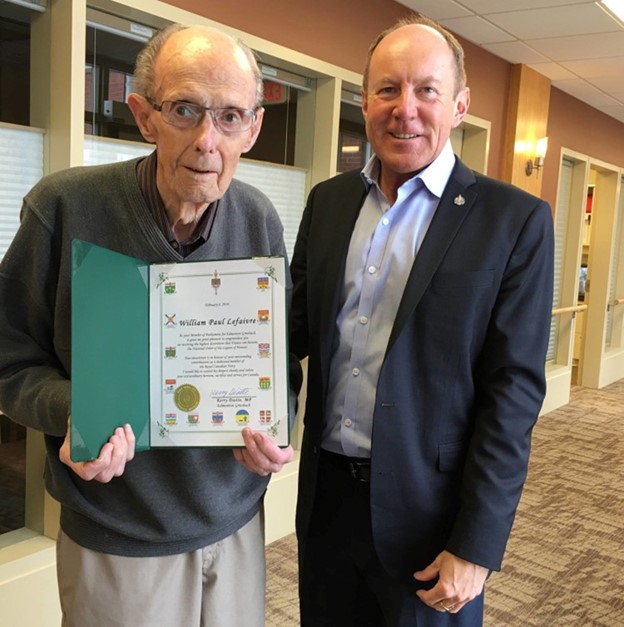 Twenty five years ago, I had the most memorable journalism assignment of my career and one of the best experiences of my life.

I accompanied hundreds of Canadian and American D-Day veterans on a trip aboard the QE2 cruise ship from New York City to Southampton, England to commemorate the 50th anniversary of D-Day, June 6, 1944. The wide-ranging trip included visits to the beaches of Normandy, France.

My assignment was to write a daily newspaper column about the journey and it wasn’t difficult. All I had to do is listen to the stories of these brave veterans – and there were legions of those stories, so powerful they’d make your spine tingle.

These were people who were mere kids when they made the original voyage to the beaches of Normandy – in rudimentary, uncomfortable marine vessels – determined to do their part to defeat the Nazi menace.

They were returning – deservedly so – aboard a luxury vessel on a memorial trip that featured entertainers and celebrities who were popular during World War Two; people such as Bob Hope, Walter Cronkite, Andy Rooney and the Andrews Sisters entertained and mingled with the vets.

Like today’s 75th anniversary, there was much pomp and ceremony for the 50th anniversary that featured Queen Elizabeth II, the prime ministers of Canada and Britain, as well as the president of the United States.

But it wasn’t the pomp and ceremony that resonated with me. The experiences I remember most fondly included the unadulterated admiration the French citizens had for these heroes. Women and children who weren’t even born during the war hugged and kissed the aging war vets at special ceremonies where entire towns closed down for the day.

I’ll also never forget the tears in the eyes of the veterans when they stood in Canadian graveyards that were the last resting places for their brothers and comrades in arms. I remember, in particular, one tearful veteran who brought a jar of soil from a Saskatchewan farm to sprinkle on the grave of a brother who never made it home again to their Prairie homestead.

But overall, my strongest takeaway from spending the better part of a week with these liberators was seeing their strength of character, their patriotism and their awe-inspiring sense of duty. I was always haunted by the nagging question: Would I have volunteered to serve my country the way these vets did? Would the youth of today volunteer en masse that way?

On this trip I was especially struck by a fellow who later lived in my Edmonton riding, veteran Paul Lefaivre. I got to know him well. As a member of the Royal Canadian Navy, he’d come ashore on the beaches of Normandy aboard a landing craft and lived to tell his story that included seeing an incredible array of marine vessels and planes and experiencing the acrid smell of gunpowder.

I could never fathom how it was that so many young people signed up to military service to go abroad and risk death. When I asked Paul why he did it, he was typically humble like so many others who joined up for service in those days.

He told me: “It was just the thing to do. Your buddies were going and you didn’t want to be left out.”

Paul was a rock–solid guy and I kept in touch with him since our meeting 25 years ago. I’d sometimes swing by his assisted living home in Edmonton Griesbach and once made a special point to give him a Parliamentary scroll – to congratulate him for receiving a very special honour.

He’d been awarded France’s National Order of the Legion of Honour, that country’s highest decoration, established in 1802 by Napoleon Bonaparte.

Sadly, I got a call from Paul’s son about nine months ago. It was bad news. Paul had passed away at the age of 94, I was told.

During this commemoration of the 75th anniversary of D-Day, I fondly remember Paul and all the other veterans who sacrificed so much for us – so we could enjoy our freedom.

We should never forget what they did for us.