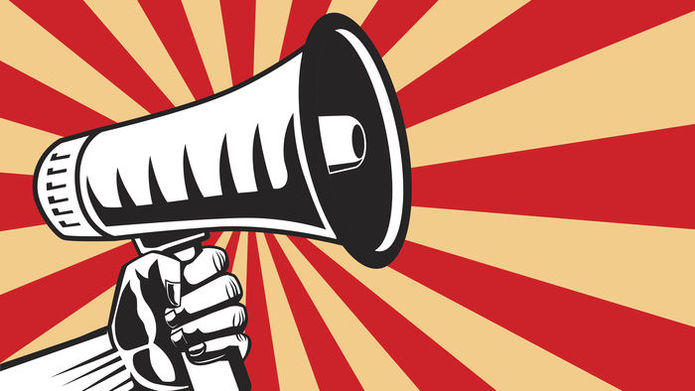 “I don’t approve of what you say, but I will defend to the death your right to say it.”

This famous quote sums up French philosopher Voltaire’s view on freedom of speech.

They’ve long been criticized for spending more than $1.2 billion annually on CBC that critics feel is decidedly sympathetic to this federal government.

Grits have also been lambasted for a scheme to hand other media $600 million in cash including the ultra-Liberal-leaning Toronto Star. That creates a clear conflict of interest and endangers the sacred principle of objective reporting.

Recently the country was rocked by news the Trudeau government was planning to mandate that all media outlets be licensed. That alarmed free speech advocates including pundits and Official Opposition Conservative politicians.

The news came out of the mouth of Trudeau’s Heritage Minister Steven Guilbeault, a Quebec Member of Parliament who was, in his previous career, a militant climate-change activist.

This same man first made headlines when he climbed 340 meters up Toronto’s CN Tower in 2001 with a British activist to unfurl a banner that read: “Canada and Bush Climate Killers” referring to the then- U.S. president. Guilbeault, who was 31 years old at the time, was arrested.

His newest controversy came during a CTV interview about a report called “Canada’s Communications Future: Time To Act.”

That report was compiled by a panel of independent broadcast experts and included a recommendation that the Canadian Radio-television and Telecommunications Commission (CRTC) or yet another regulatory body control licensing of all companies creating “audio, audiovisual, and alphanumeric news content.”

Guilbeault was discussing media outlets and how they would be licensed based on their size when he said quite plainly: “We would ask that they have a licence, yes.”

After those plans created a firestorm, there was a quick reversal.

Within a day he was vehemently denying that was the government’s plan saying “some people were confused.” Ugh, no kidding? But who “confused” them?

When Conservative Leader Andrew Scheer led off Question Period with an attack on this “Orwellian” notion of licensing and controlling media, Trudeau was quickly back-pedalling bigtime.

Said Trudeau: “I want to be unequivocal: We will not impose licensing requirements on news organizations nor will we regulate news content.”

Given the prime minister’s previous record of being truth-challenged, Canadians could be forgiven if they’re still not convinced the Liberals won’t pull other tricks out of the bag to endanger free speech.

Don’t forget, this is the same PM who once adamantly denied there was any veracity to the blockbuster SNC-Lavalin scandal after it was first reported by the Globe and Mail. Trudeau told this Pinocchio-style, nose-grower when he said, “The allegations in the Globe story are false.” Ultimately, the parliamentary ethics commissioner ruled those allegations to be absolutely true.

Trudeau himself muddied the waters on the news medias’ licensing issue by saying he wants to make sure people in Canada have access to “diverse, high-quality and credible news.” Call me cynical, but I don’t want Justin Trudeau and his Liberals deciding what news or news outlet is credible or not.

Rex Murphy wrote a thought-provoking column in the National Post highlighting another incident that continues to draw flak from critics who see it as a shocking attack on free speech.

Murphy’s column detailed how Ezra Levant of Rebel News Network wrote a book critical of Trudeau and his Liberals and sold it during the fall election, in part by advertising it on a billboard and lawn signs.

Murphy wryly remarked: “For the unwary, it is a feature of publishing a book that it be advertised, and, surprisingly, even a book criticizing a government … Can anybody give the name of any other book, ever, which has been the subject of an investigation by the Commissioner of Canada Elections?”

Despite Trudeau’s dubious platitudes extolling his heart-felt support of free speech, many Canadians are still nervous about the Liberals’ intentions. Telling the truth is not their strong suit.

Remember those Liberal promises of teeny, tiny deficits and a balanced federal budget by 2019?

Do you recall Trudeau’s key campaign platform of 2015 when he said the election that year was the last one Canada would ever have under the system of first past the post?

People still remember Trudeau once famously admitted he admires China’s “basic dictatorship.” And we all know how dictatorships deal with the free press.

This issue of free speech is vitally important. It’s particularly important to me. I was a journalist for three decades and was a national director of the Canadian Association of Journalists, an organization dedicated to improving the news media and defending free speech.

But Canadians who are nervous about Liberal plans regarding free speech in the traditional media or online should know Conservatives have their back.

There’s nothing more sacred than free speech in a democracy. It’s something Canadians fought and died for and must always be defended vigorously.