Today marks the 103 anniversary of the battle of Vimy Ridge

On the morning of April 9, 1917 the four divisions of the Canadian Expeditionary Force stormed the German lines upon Vimy Ridge in northern France. After three days of heavy fighting the ridge was in Canadian hands.

The battle of Vimy Ridge is a defining moment in Canadian history. It’s where Canadians working together achieved a significant victory and helped forge our nation.

Yet, this victory came at a heavy price, 3,598 Canadians were killed and another 7,000 were wounded.

Today, Canadians are fighting a very different battle. But just like Canadians of previous generations, with our combined determination and duty we’ll come through this fight stronger and more united than ever. 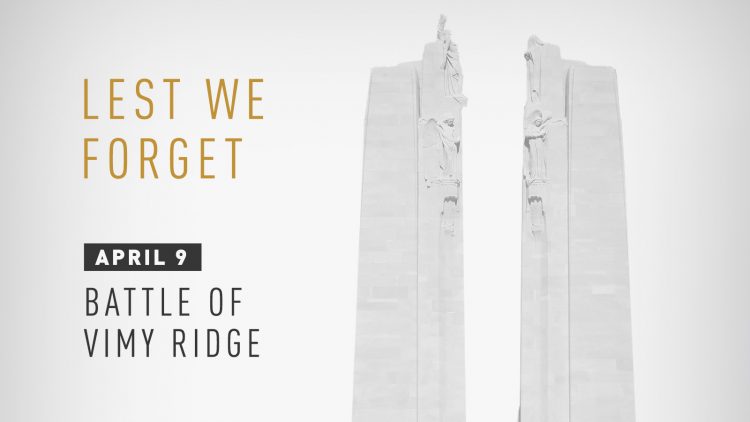