The Trudeau government is in chaos.

And now Justin Trudeau has prorogued Parliament in a blatant attempt to make Canadians forget about his corruption.

Yet, if Morneau’s breach of the ethics laws are a cause for resignation, why isn’t Justin Trudeau following suit?

In 2015 Trudeau promised that he was going to lead “an open, honest government that is accountable to Canadians, lives up to the highest ethical standards… and applies the utmost care and prudence in the handling of public funds.”

Already, Trudeau has been found guilty twice of breaking the law. The WE Charity scandal is his third investigation and is an open-and-shut case.

This fits a pattern of Liberal entitlement that fails to respect Canadians.

Throwing civil servants or even the finance minister under the bus won’t hide the fact that the prime minister granted a multimillion-dollar sole-source contract to an organization that had paid his family more than half a million dollars. 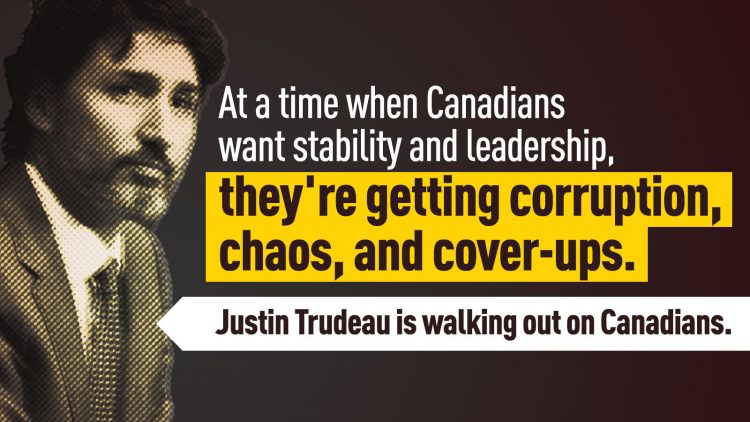 The Canada-US border closure has been extended

The government has announced that our border with the United States will continue to be closed to all non-essential travel until at least September 21, 2020.

As your Member of Parliament, I support the restriction of non-essential travelers into Canada from COVID-19 hotspots.

However, the government needs to inform Canadians how they’ll determine when it’s safe to reopen the border and how they’ll ensure the health and safety of Canadians during a future easing of border restrictions.

The WE organization lobbied no less than six different ministers’ offices and federal departments a total of 43 times in the six months leading up to the end of the deal with the government to administer the Canada Student Service Grant.

The information, suddenly disclosed by WE Charity in the federal Commissioner of Lobbying’s public registry on Thursday, shows the previously unknown extent to which the Toronto-based organization lobbied the federal government leading up to the signing of a $543.5 million contribution agreement.

“It’s an incredible coincidence that your organization has suddenly registered to lobby, all of these months after all the lobbying happened,” Conservative MP Pierre Poilievre said to WE Charity executives testifying during a Finance committee meeting Thursday. 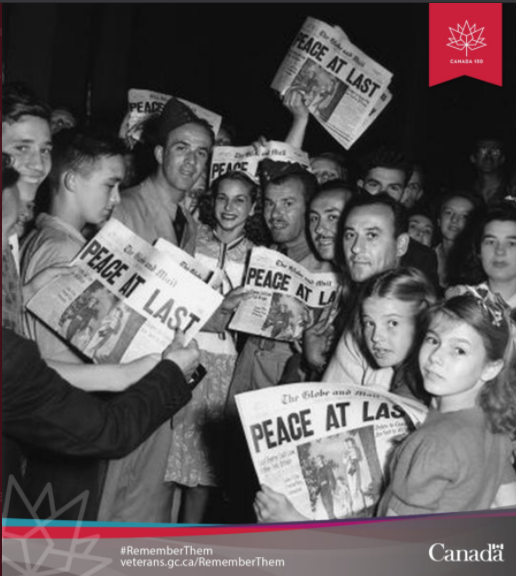 August 15 marked 75 years since the end of the Second World War.

After six long years of war, Canada was once again at peace.

Let us never forget the sacrifices Canadians and our allies paid during this long struggle against the horrors of Nazi Germany and Imperial Japan.

Last week I asked folks their views of Huawei.

Thanks to everyone who filled out the survey.

People overwhelmingly voted to oppose access of our 5G network to Huawei.

Here’s the breakdown of what you had to say. 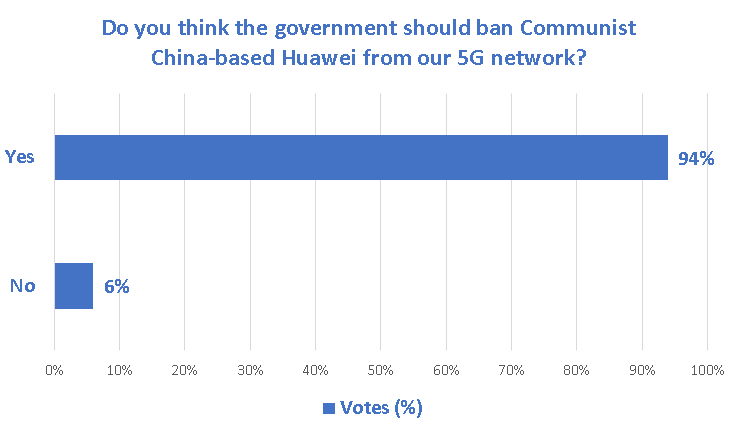 In the wake of the WE Charity scandal, the Bloc Québécois are demanding that Justin Trudeau, Bill Morneau and Katie Telford — the prime minister’s chief of staff — resign or they’ll call for a fall election.

Do you support a vote of non-confidence in a Trudeau led Liberal government due to his most recent ethical failures?