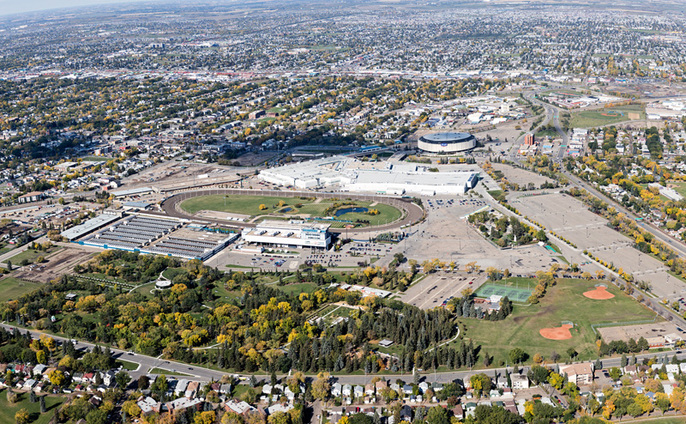 There was some very big and sad news this week that barely made headlines in this era of the diminishing quality of mainstream journalism.

The closure of Northlands leaves a hole in the heart of Edmonton — literally and figuratively.

The beginning of the end of the operation began when the City of Edmonton struck a deal to build a downtown arena for the Edmonton Oilers and owner Daryl Katz that saw the team move out of Northlands’ Coliseum after playing the last game there in spring 2016.

For decades, the community organization thrived, putting on major events at the Coliseum including concerts and Oilers hockey.

Now its two marquee events, K-Days and Farmfair International will be handed over to the City of Edmonton to run through its arms-length tourism and events corporation, Explore Edmonton.

I was a member of the board of Northlands from 2010 to 2013 while I was a city councillor in Edmonton, so I’ve got a special place in my heart for the organization that operated in my federal riding of Edmonton Griesbach.

We had a solid bunch of people on the board from all sorts of fields — business, arts, legal, politics and more. I don’t think I’ve met a better collection of folks who cared more for this city.

More importantly I got to meet many of the dedicated volunteers of the organization. The term “salt of the earth” comes to mind. These folks were some of the best, kindest and most community-minded Edmontonians I’ve ever encountered.

In my view, the end of Northlands came because it was starved of revenue sources in the wake of events that unfolded with the Katz/Oilers agreements with the City of Edmonton. In a nutshell, the deals city council agreed to didn’t allow for Northlands to compete with the new arena by hosting sports or events.

I was one of only two city councillors who consistently voted against the terms of the downtown arena deal. It’s not that I didn’t like the idea of a new arena being built. It’s because it wasn’t a good financial deal for city taxpayers or for Northlands, a solid, non-profit society that’s older than both Edmonton or the Province of Alberta.

I won’t re-litigate the Oilers/City of Edmonton deal. There’s not enough space in this column for that.

If you want the inside scoop, read Power Play, a book about the controversial deal co-authored by my former council colleague Linda Sloan McCulloch. You’ll lean my in-depth feelings. I’m quoted in that book plenty: www.uap.ualberta.ca/titles/960-9781772124934-power-play

I know there are those who long-accused Northlands of being “an old-boys club.” I think that image might have been well-earned at one time. But it didn’t operate that way when I was there.

Its memorable CEO then was the talented Richard Andersen, a real pro who’d previously been executive VP of the San Diego Padres and GM of its stadium, PETCO Park.

Andersen was one of the best executives and promoters I’ve ever seen — and I’ve seen a few.

Check out his appearance on the TV show Undercover Boss. It will tell you a lot about the man and the Northlands philosophy. It’s truly worth a heart-warming watch:

The big question we must ask ourselves is this: Is Edmonton better off now that Northlands is gone?

We certainly have a state-of-the-art downtown arena. True. But we’ve also lost a legendary community organization and all of its volunteers.

The massive 200-acre north-side campus that once was alive with events is now virtually empty. A perfectly serviceable arena is shuttered as is the one-lively racetrack and casino (The Spectrum).

Just about the only living souls on the site today are folks who are living at homeless shelters set up at The Spectrum and at the former apartments for jockeys.

Cynics would say this is what passes for progress.

As the member of Parliament for the area I’ve been pushing hard to see solid plans to redevelop this site that’s owned by the City and is known as the Edmonton Exhibition Lands.

A well-planned, intelligent development is absolutely critical for the communities surrounding it including Bellevue, Montrose, Eastwood, Parkdale, Cromdale and Virginia Park. The site has huge potential especially since it’s already served by high-speed LRT.

You can be rest-assured I’ll continue to make this development a top priority.

(Kerry Diotte is a former journalist, Edmonton city councillor and Member of Parliament for Edmonton Griesbach. Do you have comments on this opinion column? E-mail kerry.diotte@parl.gc.ca)